I’ve noticed social media posts in response to the (soon to be ex) Prime Ministers remarks about replacing kettles to save energy.

Surely high school level Physics tells us that kettles are very efficient at converting electricity into hot water and a new kettle is not going to give a noticable increase in efficiency, so there isnt an energy saving of £10 per year or anything close to that?

Am i right about the physics?

If so it seems to me that social media posts in response to this kettle nonsense should be pointing this out as well as highlighting the material waste aspects.

If our posts dont include this point are we in fact creating misinformation?

Interesting point there David! While I think Boris was trying to use kettles as some convoluted analogy for investing in nuclear power, I hadn’t really considered the basic physics of this ‘more efficient kettle’ claim.

Coincidentally, I watched this video about the relative efficiency of various methods of boiling water the other day from the ever-excellent Technology Connections: Of the 2 kettles he tested, the more expensive one was a little more efficient, using less energy over a longer period than the cheaper model.

But to be honest, with a sample size of two (and using the north American electricity system), I’m not sure how applicable that would be in the UK.

(And I struggled with electricity too much at school to have any reliable intuition myself!)

Inefficiencies always turn up as heat. Since that’s what you want out of a kettle, the only way a newer kettle could be more efficient is by letting less heat escape into the air. But the amount that does so will be negligible compared to the total heat required to bring the water to the boil. And if it takes a minute to boil and you don’t pour out your tea for another minute, more heat will have been lost in that minute of waiting than during the heating period. Another issue is that you’re heating not just the water but the kettle itself so a smaller and lighter kettle may be slightly more efficient from that point of view. But I’m not sure kettles have got much smaller or lighter in the small number of years that is the lifetime of most.

There is one point where a new kettle may win out. Our latest one (bought within the last year I think) has tabs inside showing the 1-, 2- and 3- cup levels, encouraging you to only boil as much water as you need. Many older kettles have graduations on a window but these very rapidly become unusable with even light limescale build-up in hard water areas.

I haven’t had time to watch that video properly but I see it does mention induction hobs. These are good, but the circuitry to generate the high frequency current may well waste 10% or more of the supplied power - note that they contain a fan to keep the electronics cool! Likewise, a microwave delivers heat directly to the food or water you put in it, not even to the container. But my guess is that the magnetron which generates the microwaves and the electronics which power it are less efficient than an induction hob.

But in short, Boris will be more use to humanity finishing off his biography of Shakespear than spouting about things he doesn’t understand!

The kettle at our shop is a huge drain on our resources.

The ‘kettles boiled’ to ‘cuppas made’ ratio never balances.

It’s not unusual for me to boil the kettle six or seven times during the day and never get as far as actually making a cup of tea.

Despite Boris’ advice, I believe I should keep the existing kettle and invest in a butler…

There is considerable discussion about whether a more modern kettle is more efficient or not in it’s use of electricity than an older one, and then there is the comparison with induction heating of saucepans and microwave ovens. In all of these methods except microwaving, the container in which the water is held needs heating and although this is much less in a microwave, the efficiency of the magnetron is questionable.
Maybe we should go backwards historically and buy an old fashioned device which was commonly available in the 50’s and 60’s (and is easily available now), which I used to use regularly in my workshop. This device consisted of an element on a piece of cable and nothing else. The element was immersed in a cup of liquid (water, milk, or tea which had been left too long and had cooled, etc. etc. and the liquid heated to the required temperature. Mine used to raise the temperature to just above boiling and was really good at re-heating a forgotten drink !!
They are still available, cost much less than a kettle and run at a lower wattage although one should be careful to buy a device with a suitable plug for your countries standard. The Photo attached is of one of these items. Please note that I am not recommending it above any other brand which may be available just illustrating an example. 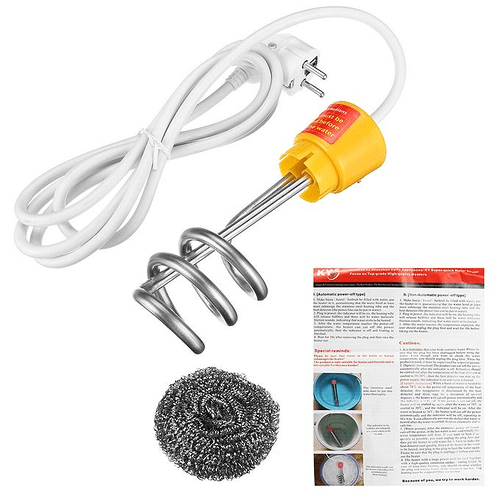 Is science taught at Eton?

Switching to microwave when it’s more efficient extrapolated across the country (or world?) might have a significant effect on fuel use and cost (particularly when you hear that foodbanks are mindful that when they give out certain foods beneficiaries might not be able to afford to cook then)

Anyone here got any deeper knowledge on this?

A quick search got me these articles:

What is cheaper, cooking in a microwave or in a traditional oven or hob? Research has been carried out into the costs of the different cooking methods for various different meals. The research compared microwave cooking with cooking with an electric... 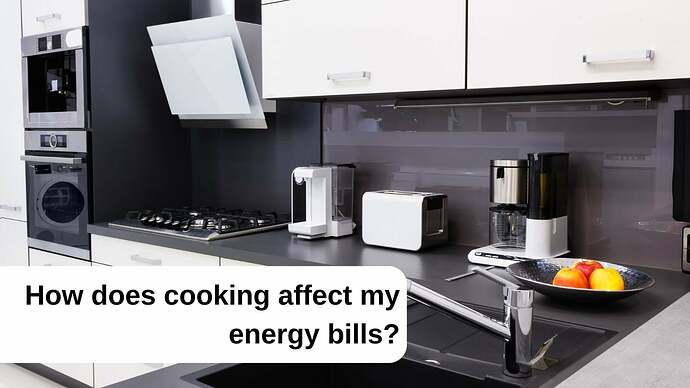 Read Uswitch's top tips for energy efficient cooking and find out how to cut energy consumption in the kitchen.

All the reports I have seen on energy use has shown that heating water IS the biggest user !.
We have a Solar Thermal system, so when the sun shines water gets very HOT !.
Now with Solar Electric they can use some of electricity to immersion heater.
So also use Elect Shower, cuts energy use.
Rgds.