I fix a lot of things. I am staggered by the amount of different fasteners and batteries (just to pick two instances of stupidity) that are used. It seems like the ISO standard is a good place to start but both servicing and manufacturing would benefit hugely from a list of “Preffered components” to be drawn up.

Electronics, particularly suffered from needless miniaturisation where even output transistors and other likely to fail semiconductors are now packed in ways that defeat that average man with a soldering iron. I had an air conditioner to repair, but the components I need to repair it were unfeasibly small on the PCB and too small to carry identification that would allow me to substitute a similar component. In that particular application a DIL chip would have been perfectly acceptable and most importantly replaceable

I’ve just ben intimately involved with the end process of the Cabinet Offices “ventilator challenge” where I literally counted and decided the fate of millions of discrete components and assemblies all the way up to completed ventilators.

ON the other side of the planet they may well have an impoverished bloke who’d remove and sort those SMD components, and there might be a market for used SMD devices, but in the real world, the energy and resources used to make modern electronics, is in the main “Straight to recycling stuff”.

The nation lost a VAST AMOUNT OF MONEY!!

Not because of incompetence in government, or even in those of us who were tasked with trying to recover some of the expenditure. Nor dishonesty, (most of the people I saw involved discharged their duties pretty flawlessly, in my critical opinion).

Individual leaded components on the other hand, they can be used by anyone to fix anything.

It’s the obsession with bringing out a new and improved version of everything that is responsible, and it’s making electronics almost 100% wasteful, and totally non re-useable…

PREFERRED STANDARD Components would solve a lot of problems.

OH. And drones. IF you buy a “top quality” Drone like a parrot or DJI, the sub assemblies, like on modern cars, are connected by a network, and are not inter-exchangeable, so no more making up one good one out of two busted ones. BY CAREFUL DESIGN. (They call it “security”)

IF you like the shape and features of a parrot Anafi, then buy the cheap chinese copy, it has interchangeable parts and uses a tweaked public domain flight controller system (although they don’t tell you that on the box).

At last!!! (Warning, some of you more sensitive souls should not explore the site beyond the article. I do that, so you don’t have to! It is one of the more controversial sites on the internet, although it’s been tamed a lot over the last few years.) 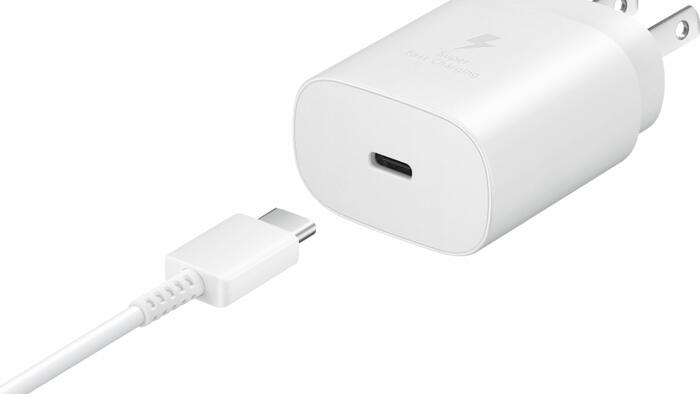 EU Bureaucrats Finally Agree On Something: All Tech Devices To Use USB-C...

"We have a deal on the #CommonCharger!"

I have a lot of sympathjy for your plea, having struggled with attempting repair on surface mount electronics, but… but if nothing could ever change since the discrete transistor was invented (or some other stake in the ground) we wouldn’t all be here on the internet using our phone/tablet/laptop/desktop computers. Maybe you think that would be a good thing, but gazillions of people have got some value from the developments that have resulted from continuous improvements of packaging, connectors, batteries, silicon, networking, etc.

When I started in electronics everything was through-hole, and yes there were standard packaging sizes. In fact there still are, but they’ve changed to accommodate the demand for ever higher density. What a pain for bulk manufacturing through-hole devices were, how much easier pick and place surface mount is to manufacture, and needs less board area, less material, reducing manufacturing costs. I suspect your real complaint is that electronics technology has moved beyond the human-friendly level of integration that allows human repair, but that’s been happening since the integrated circuit was invented.

Interface compatibility enables a lot of things, and the EU’s push is a good example of (finally) imposing interface compatiility for mobile phones to charge. Interface compatibility also drives many other areas of our lives, e.g. the 2G/3G/4G/5G ability for any compliant phone to connect. But within the phone/device/drone/ventilator there’s no requirement/incentive whatsoever for modularity or interchangeability. Arguably integration whether of components into a device or of the logic into a more complex silicon chip is what enables improvements in form and function. You probably remember the original brick-like mobile phone, are you really saying we should have stopped at that?

It’s going to be interesting to see how the next generation phone/tablet charging connector develops - USB-D? or lightning++? - because I imagine that perhaps Apple at least will be keen to differentiate in a way that can’t be handled by USB-C, won’t they? And I wonder how will a mobile phone that is too thin to accommodate a USB-C connector ever be designed? You might say “why would anyone ever want to do that?” but being a technological Canute and denying the possibility of something in technology is going to leave you with wet feet.

I’ve mixed enough metaphors - good luck with your desire to prevent change in electronics and technology!

SMD is not needed everywhere, and in the example of the aircon unit, makes it unfixable landfill for no real gain.

Taking the ability to “develop” out of the hands of the masses and placing it in the hands of a select few elite means less progress & change, not more.

You might be looking forwards to a world where everything is done FOR you, and nothing is doable BY you, but the snag is that you won’t be running it, so not everything will be as you like it. In fact you will serve, and someone else will tell you what to do, and you will have no choice in the matter.

Anonymous SMD transistors have no place in a car dashboard, they just render it single use. Pick and place can place leaded components well enough, so that isn’t an excuse either. Heck I like LSI, I get your point about the marvellous miniaturisation that makes certain devices possible, but does it have to be extended to EVERYTHING??

And some things ought to never be made out of rubbish materials like toasters & kettles. it’s got one job. Toast or heat water. Why would I ever want to change it for a different one? Unless it breaks after a couple of years rather than the couple of decades that a kettle used to last. Apart from the bakelite ALL of that Russel Hobbs kettle is recyclable, whereas your plastic jug kettle is just a horrible complex of plastics and metals interwoven by clever manufacturing, which actually is much harder and less rewarding to recycle. and artificially low in price so that no one cares.