Yesterday, the New York state senate passed a groundbreaking ‘digital fair repair act’ by a huge majority. While it still needs to pass the state Assembly and be signed by the governor before becoming law, it’s the first bill of its kind to make it this far in the USA in the face of heavy opposition from tech companies.

The bill aims to do the following:

The hope seems to be that if this bill does eventually make it into law, it could have a domino effect, forcing OEMs to adopt these practices across the whole country.

iFixit has much more on this: 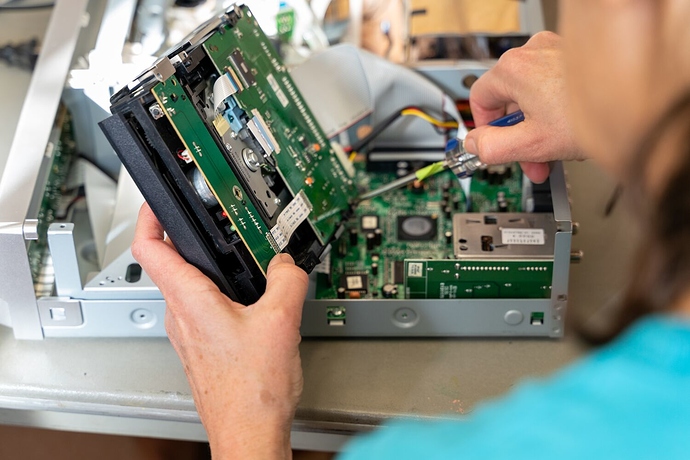 New York’s State Senate passed a digital right to repair bill, the first in the country. It’s a big win, with more to come.

It’s another step in the right direction - and so many people worked really hard to make it happen.

Heartened by the healthy margin too as normally it’s a scrape to get it over the line.

As I understand it this actually means nothing as it is not going to become law.

Yes, it needs to make it through the Assembly/plenary - the schedule is very tight for this year, and industry lobbyists will do everything to get it delayed til next year and threaten all of the Assembly members all the way through.

I saw this announced on Louis Rossman’s youtube. Fingers crossed for the domino effect aye

As a NYer who worked on getting this to the Senate floor over the past 5 years, it has a more nuanced impact than “nothing”.

The NY Senate generally brings “non-controversial” bills to the floor this late in the game. Essentially, these are bills known to have broad support and will pass easily without slowing down the very fast-paced end of session voting calendar.

Our session in New York re-opens again January 2022 and with this hurdle passed we anticipate easily moving this back through the Senate and then the Assembly in short order at the beginning of the session.

Each year we’ve moved this bill further and further—it was stuck in committee for several years and never received a vote due to lobbying. The act of being brought to the floor for a vote is very significant as it indicates large support and confidence by the body that it will pass and become law.

R2R is fighting against decades of a sell/dispose/repeat mindset and the fantastic profitability that comes with that.

The New York ruling is another example of baby steps, which have cleared a hurdle responsible for the demise of many other R2R attempts. Although it’s not a done deal (yet), there is much to be positive about.

Nearly half the states in the USA have R2R on their 2021 agendas, so hopefully this momentum will continue.

I’m excited about the coverage that R2R is receiving in mainstream media. I was asked to speak about R2R again on the PC Pro podcast this week - that’s two weeks on the bounce for an R2R story and I cover the subject once again in the next issue of the magazine.

More people are hearing the message and understanding why R2R is such an important component in a circular economy.

Hi Jeannie. Thank you for explaining a little more about the history and positive implications of this bill and helping to get it as far as it has, sounds like everyone involved has admirable tenacity. I wish progress wasn’t hampered by long waits but realise you’ve got to work with what you have! Let’s hope January 2022 brings really good news regarding this bill!

So the many years of work by @Jeannie_Crowley and others may have national rewards.

This is really interesting context Jeannie, thanks for sharing!
And congratulations on getting it this far!

This seems big too - will keep an eye out for news